Boston is on FHIR!

HL7® FHIR® DevDays in Boston just concluded. This first US Edition of HL7 FHIR DevDays exceeded expectations in all respects. Attendance eclipsed all previous HL7 FHIR DevDays events and there was a waiting list. The content was stellar and was a window into the rapidly changing future of healthcare data liquidity and secure data access that is starting to become reality. Furthermore, the State Room venue on the 33rd floor above downtown Boston was spectacular. 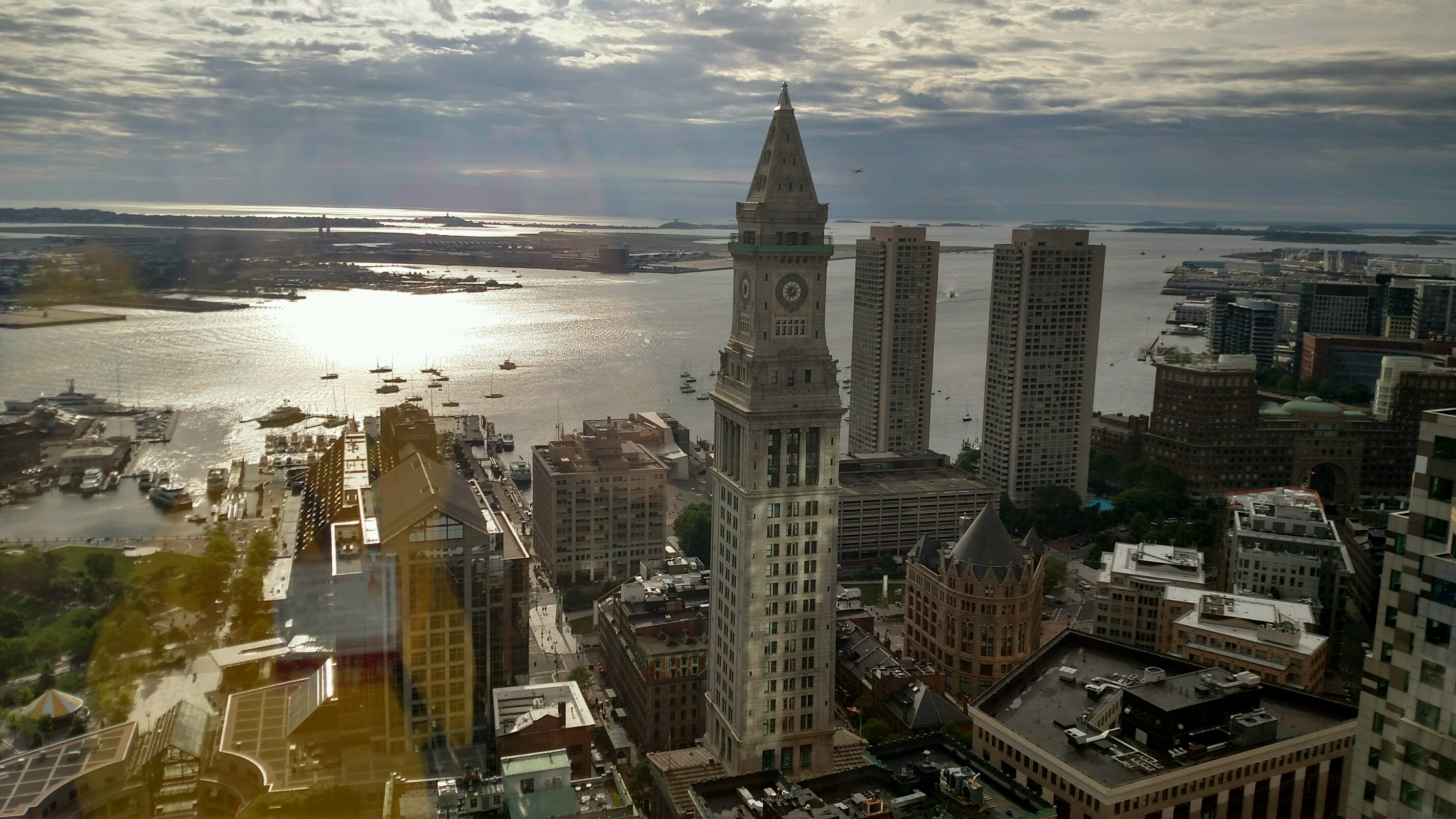 Caption: View of downtown Boston from the State Room on the 33rd floor.

HL7 FHIR DevDays is a mashup of an educational symposium around state-of-art FHIR, a rally, a FHIR hack-a-thon, and a family reunion. It is a preeminent HL7 FHIR community event and the sense of community and engagement is palpable. Moreover, the community is growing. There is a welcoming excitement about those new to the community. New members seem quick to share that excitement: that sense that we are building something together—something that will make a difference. Grahame Grieve, the individual who first proposed the concept we now know as HL7 FHIR, is quoted as saying early on that a specification without a community has little value. The HL7 FHIR specification and the community that is building it is the realization of his vision and exists because of his leadership.

New faces in the HL7 FHIR community included teams from Apple and Google. Both companies presented plans to add FHIR technology to their products in the coming year. Both presentations noted the enormous value of HL7 bringing FHIR forward and of its game changing nature. There was great enthusiasm for the developments described by these technology giants, but equal interest in new developments and applications described by HIT vendors familiar to the HL7 community as well as a variety of other stakeholders. Although not new to the HL7 community, many new to HL7 FHIR DevDays are from government agencies and their support teams and were enabled by the event’s U.S. debut.

Dr. John Halamka set the tone of the event with his opening keynote on the great potential that is brought by HL7 FHIR technology. He also provided a reality check that FHIR will not solve all problems in healthcare. Dr. Halamka covered the personal story of paradigm shift in clinical workflow enabled by the technology of FHIR and how the need for a scheduled visit to a provider is replaced by smartphone enabled diagnosis and treatment of a common disorder without entering a medical office. He made the observation that FHIR doesn’t do everything people say it does. YET. He articulated the vision that the future is FHIR enabled EHRs and other systems connected by a network of FHIR apps and services. 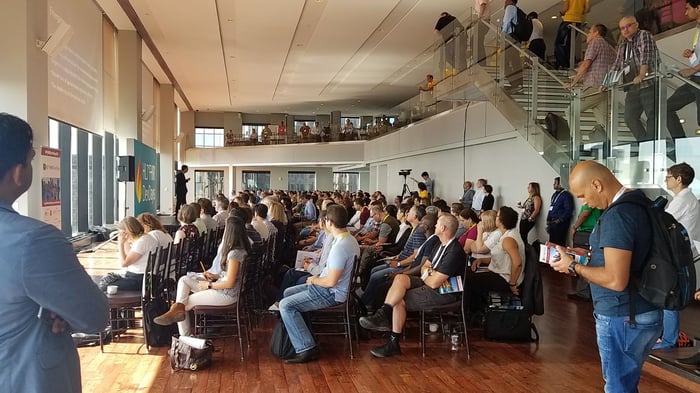 Grahame Grieve laid out the expected changes in the coming year anticipating the release of Release 4 of HL7 FHIR late this year. This will be the first release that will have normative content; content that will not change for the foreseeable future and will be backwards compatible. He also described the guidance built into the HL7 FHIR specification for dealing with multiple versions of FHIR and for transforming between one version and another.

The only disappointment seems to be that there are four simultaneous sessions and one is often faced with picking from four good choices. Conversations about the success of the meeting were commonplace by the end of the first day. 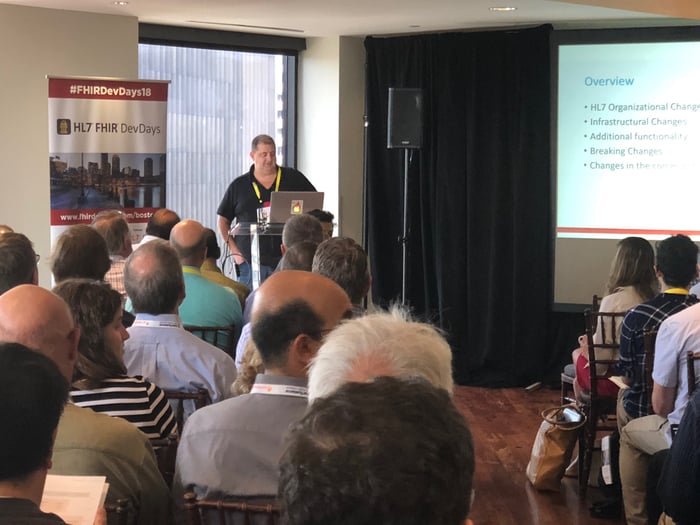 The HL7 FHIR DevDays participants were excited with anticipation about the meeting and about FHIR. Some were excited because they built something with FHIR in its early releases that is in production in their organization and is meeting a need. They attended HL7 FHIR DevDays to tell their story. Others are building the next wave of FHIR apps and were enthusiastic to tell their story.  Additionally, there were many in attendance who were excited about the potential of FHIR and some who were just catching FHIR. These are not people who think FHIR can do something it can’t. These are people excited to roll up their sleeves, lean-in, and do the work to realize the potential.  Part of that work is taking what they have learned at HL7 FHIR DevDays and the new relationships that have formed home and making healthcare better.  And there is already talk of another event in Boston next year. 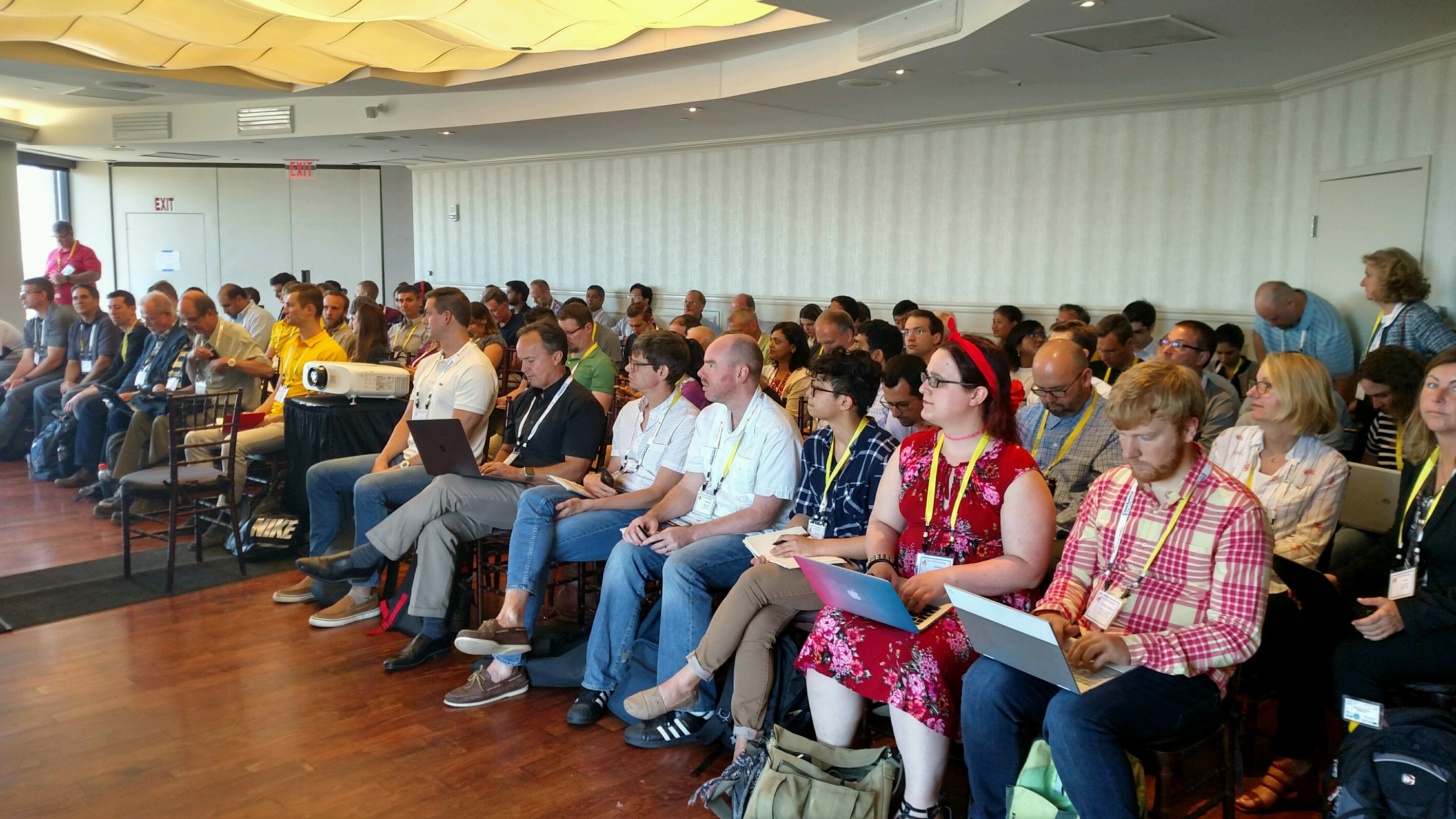 Russ Leftwich, MD is the Treasurer for the HL7 International Board of Directors and a Senior Clinical Advisor for Interoperability at InterSystems