The Power of Community in HL7 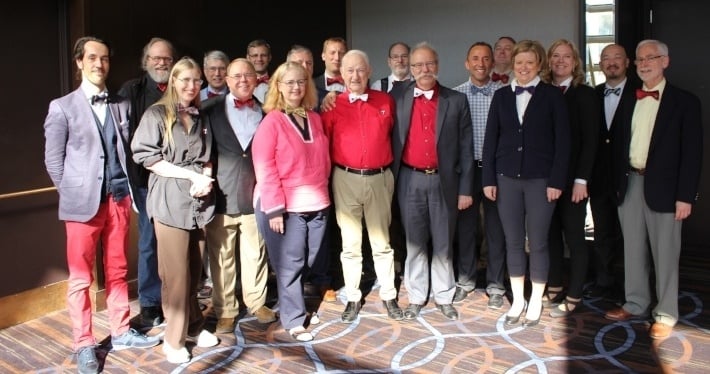 The Power of Community in HL7

I first became involved with HL7 a decade ago as I transitioned from medical practice to clinical informatics. I attended my first HL7 meeting, as many do, to take advantage of the tutorial sessions offered around foundational standards like HL7 Version 2 and the Clinical Document Architecture (CDA®).  The most valuable takeaway from that first meeting however was not the knowledge of the standards but the beginning of my relationship with the community of individuals who are HL7.

HL7 is a diverse community

It is a remarkable community of individuals that are as diverse as the countries they call home, the organizations that employ them, and their backgrounds of education and experience. The one thing that is common and shared across the community is the sense that we move the needle as a community; move the needle a little with each use case enabled with an HL7 standard and each project that ends with consensus on a new data standard.

Transformation in health IT

This data explosion has meant that for each significant decision in the health and treatment of an individual, there has been an exponential increase in the number of data points (facts) that have bearing on a single decision. One estimate based on the advent of new imaging technologies, new pharmaceuticals, proteomics, genomics and other technologies is that the number of facts per decision has risen from about 50 facts 30 years ago to about 400 facts today. This increase will continue exponentially.

HL7 has taken the lead in enabling this transformation with the creation and development of Fast Healthcare Interoperability Resources (HL7 FHIR®). This standard is based on the information technology that enables other industries in the era of the Internet.

With HL7 FHIR, the concept of interoperability changes from one system sending data to another system to one system being able to access data in multiple systems in real time. That data might be relevant to a single condition of a single individual or to an entire population. This advance has been possible only because of the collective commitment of hundreds of individuals in the HL7 community. It is a contagious excitement that accompanies this process of building a new technology and its potential. This excitement has also led to unprecedented growth in the community contributing to this work.

Russ Leftwich, MD is the Treasurer for the HL7 International Board of Directors and a Senior Clinical Advisor for Interoperability at InterSystems